2D seismic surveys for identification of thermal water resources in the area of the Podhale Basin together with determination of optimal location and depth of the exploration and exploitation well. Geophysical surveys were performed at the length of 6 km along the seismic profile.

Performed geophysical works allowed for general recognition of geological structure in the area of the planned research and production well. The geophysical studies made it possible to approximate the tectonic assumptions, the course of fault zones and to separate the main complexes.

The 2D seismic reflection method was used to carry out the above mentioned task. The seismic method provided information on the structural structure of the rock medium, geomechanical properties based on the analysis of seismic wave propagation. It was used to illustrate the geological structure.

All works (field and office) in the field of geophysics were performed by employees of Geopartner Sp. z o. o. The task included the following stages of work: reconnaissance ( scouting), acquisition of access rights to the real estate

During the field work, two Failing Y-2400 vibrators were used on Birdwagen MARK IV vehicles with a weight of 20 tons each, while the data were recorded using wireless seismic equipment RT System 2 from Wireless Seismic Inc. 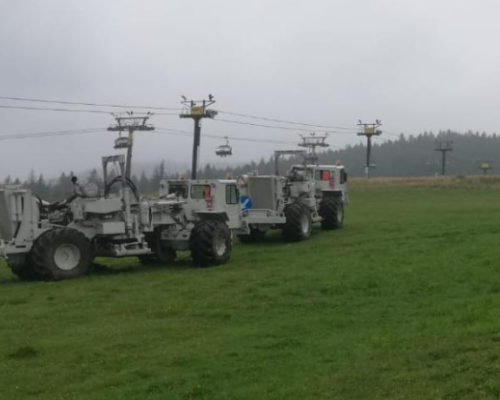 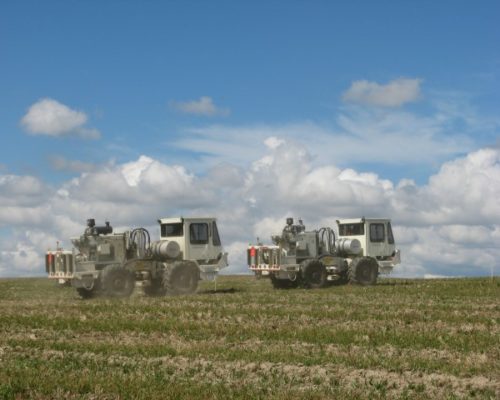