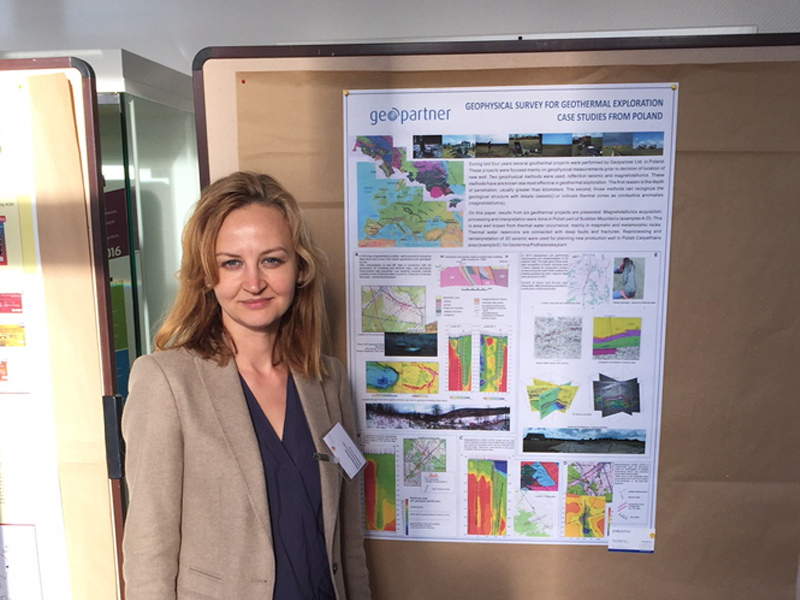 On 11.29.2016 – 01.12.2016 Geopartner took part in this year’s Geothermal Congress in Essen organized by the Federal Geothermal Association (Ger. Bundesverband Geothermie e.V.). This Congress is one of the most important events in the field of geothermal energy in Germany and worldwide. It was attended by representatives of government institutions, local governments, sponsors, research institutes and service companies. Mr. Sigmar Gabriel – the German Vice Chancellor and Minister of Economy and Energy took honorary patronage of the event . The main sponsors and co-organizers of the congress were: Energy Agency NRW (Ger. Energie Agentur NRW), the International Geothermal Association IGA, the International Centre for Geothermal (Ger. Internationales Geothermiezentrum). Scientific plenary sessions and panel and poster presentations enabled the exchange of experience in a wide range of topics. This year’s partner country was Poland which geothermal potential were presented in the English speaking panels by representatives of the Polish Geothermal Association, the Polish Geological Institute, the Institute of Mineral and Energy Sciences – PAN, AGH, Uniwerystet Silesia and Podhale Geothermal. The company Geopartner presented some examples of exploration of geothermal resources geophysical methods carried out by it in recent years on Polish territory/