Seismic studies the propagation of seismic waves in the ground. Seismic waves produced by impact or vibration, propagate in the soil and, when they meet geological

layers characterized by different acoustic impedance, give rise to secondary seismic waves that are recorded on the surface. In measurements, the first arrivals (firstbreak) of longitudinal waves to the receivers will be represented, up to a certain distance, by the arrival of the direct waves (which propagate along the surfaceof the ground), while beyond a certain “critical ” distance, refracted waves will be recorded first, as they propagate with the underlying layer speed (it is assumed a layered medium with materials characterized by propagation velocity increasing with depth).

Reflective seismic is the most effective and most commonly used geophysical method in hydrocarbon exploration. The beginnings of its application in Poland date back to the 1930s, when for the first time in the Carpathian Mountains, in Nahujowice near Borys³aw, 6-channel apparatus was used (6 geophones along the profile). Since then, together with the demand for consumption (use) of oil and gas, the seismic method has been developed so that nowadays it is used as standard seismic equipment of the size of several thousand channels.

Using advanced signal processing procedures, it is possible to make cross-sections and geological-structural maps of the area to locate hydrocarbon traps, and additionally, by analysing the so-called seismic attributes, one can directly deduce indicators of hydrocarbon presence, saturation, porosity, rock permeability, etc.

The technological development of seismic methods stimulated by the oil industry has resulted in the use of these methods in many variants.

This is a modern method of multi-channel surface wave analysis used in engineering seismics and geotechnics. The method belongs to the group of wave methods, it is a cheap, fast and completely non-invasive method of examining a geological medium. It provides information on the assessment of the elastic state of the subsoil medium, its structure and geomechanical properties. Read more…

Refractive tomography is a kind of seismic refraction, allowing to reproduce the propagation velocity of elastic waves of subsurface layers of the medium. The method can be used to determine a very precise time of access to the receiver of waves (most often a longitudinal wave P.) Read more…

The primary objective of the methods is to obtain the most reliable in situ seismic velocity profile in wells. Seismic measurements in up- and down-hole type boreholes measure the speed of reaching particular geological boundaries near the boreholes. In these metodes the source or receivers (geophones) are located in the borehole. DOWNHOLE speed profiling is a very often used method of recording P and S waves. Read more…

Cross-hole seismic measurements measure the speed of seismic waves between drilling holes distant from each other. One of the boreholes is the “source” of seismic waves, while in the second borehole a receiver (a multi-directional geophone probe) is installed. Read more… 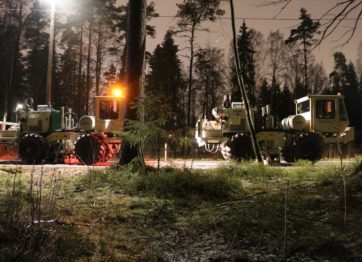 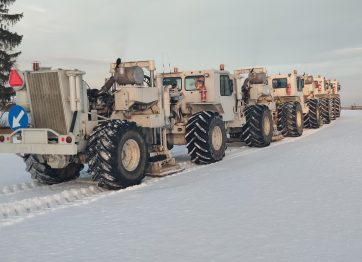