Gravity surveys in the prospecting and exploration of deposits.

Gravimetry is a method consisting in the measurement of changes in the intensity of the Earth’s gravity caused by non-homogeneous distribution of masses in the geological medium. All these heterogeneous geological structures and forms, both natural and anthropogenic, are called disturbing or anomalous bodies. Thus, gravimetric measurements consist in determining the difference in gravity force between individual measuring points in relation to the regional field. The tests are carried out using extremely sensitive instruments – gravimeters capable of recording even small changes in the intensity of gravity. Surface gravitational research can be divided into global, regional, detailed and microgravimetric, depending on the size of the research area, the density of measurement points and the purpose of research.

Microgravimetry is a method separated from gravimetry, used for the search and recognition of shallow forms of small size, often of anthropogenic origin. It is one of the most important methods used to monitor and combat hazards caused by human activity or as a result of natural processes within the rock mass. The results of microgravimetric studies are used to detect discontinuous deformations and voids within urban agglomerations, roads, dams and tunnels.

Conclusions concerning geological structure of the studied area are developed in the form of maps and density models showing subsurface distribution of rock masses.

The measurements are made along the measuring profiles, as points scattered in a regular grid, for which the spatial coordinates are defined in advance. Several measurements are taken at each point.

The measurements are started and finished in connection with the designated base points. In the case of microgravimetric measurements, it can be located in the test area. For measurements over a much larger area, the country’s gravimetric warp points are used.   The use of a base point is intended to reduce the error due to instrument drift.

Application of the Gravimetric Method

Gravimetric surveys are used for prospecting and recognition:

The results of gravimetric research are also used in the design and interpretation of seismic works. Optimisation of the structural model based on seismic and gravimetric data simplifies the geological interpretation.

The aim of the work carried out by the Geopartner was to perform gravity surveys, in the area Hradek. 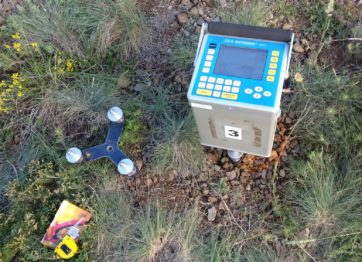 Identification of foundation and localisation of cavities by gravity method – Katowice

The field geophysical works carried out, together with processing and interpretation, were aimed at recognizing the geological structure and 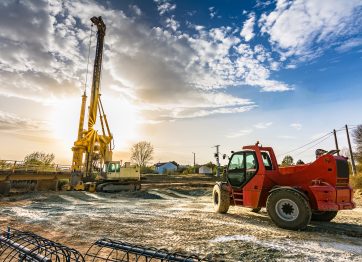